Doug Wolens grew-up in Chicago, earned two BA degrees, a law degree, and spent seven years as a practicing attorney in New York City; he moved to San Francisco and became a filmmaker in 1993.  Wolens’s first short, Happy Loving Couples, was selected to screen at the Sundance Film Festival.  He’s made two other shorts, Reversal (1994) and In Frame (1995), all of which have played at film festivals throughout the world.  His 1996 feature documentary, Weed, premiered at the International Documentary Filmfestival Amsterdam and had a 40-city theatrical tour of the U.S.  In 2000, Wolens’s feature documentary Butterfly was broadcast nationally on P.O.V. PBS’s award-winning documentary showcase and on The Sundance Channel.  Wolens successfully self-distributed Butterfly to more than 50 theatres throughout the country. The Singularity, Wolens latest feature documentary, is a comprehensive and insightful documentary that examines technology’s accelerating rate, and deftly addresses the resulting moral questions. The Singularity is available on on DVD, Blu_Ray disc, and through iTunes.

Wolens lives in San Francisco with his wife Katie and son Theo.  He is currently developing a documentary on aesthetics and design. 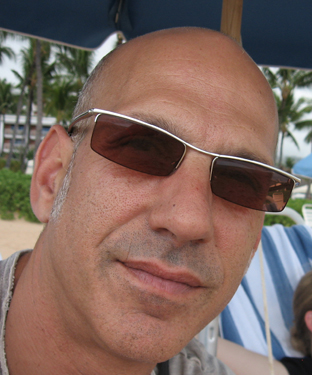